The contribution in full of Porsche SE’s operating automotive business to the Volkswagen Group was completed effective August 1, 2012. Porsche AG has been consolidated as part of the Group since that date. In fiscal 2012, the Porsche brand recorded ongoing high demand and reiterated its plans to expand its model range.

Porsche’s roots date back to 1931, when Ferdinand Porsche established a design office in Stuttgart, laying the foundations for the sports car manufacturer. The exciting sports car brand stands for the legendary Porsche 911 and for spectacular racing successes. Today, Porsche is a successful company whose 17,500 employees produce approximately 152,000 vehicles a year. 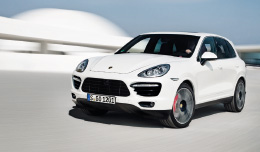 As of August 1, 2012, Volkswagen acquired the remaining 50.1% of Porsche SE’s sports car business, consolidating Porsche as the Group’s twelfth successful brand. The key figures presented in this chapter cover the Automotive and Financial Services businesses and relate to the period from August 1 to December 31, 2012.

The Porsche brand delivered 60 thousand sports cars to customers. The USA remained the largest single market, with 16 thousand customers choosing a Porsche model. It was followed by China, where sales figures were also encouraging (13 thousand vehicles). Porsche delivered six thousand models to customers in its home market of Germany.

The Porsche brand produced 64 thousand vehicles between August 1 and December 31 of the reporting period. In September 2012, Volkswagen’s Osnabrück plant started production of the new Boxster series, as capacity at the main plant in Stuttgart-Zuffenhausen could not handle the entire production of both the 911 and the Boxster sports car series, which also includes the Cayman.

A LEGEND AMONG SPORTS CARS

The Porsche brand recorded a successful performance in the reporting period. Sales revenue was €5.9 billion during the consolidation period. Operating profit amounted to €946 million, while the operating return on sales was 16.1%.